We lost a great man this Sunday. His name was Al Hess and he was my friend.

I meet Al almost twenty years ago on my first day of work at Arrow Truck Sales, Al I was told was loud, brass, no nonsense and very opinionated when it came to the used truck industry. I also got to know the Al that was also kind and warm, not all got to see this side of Al at first, but as you got to know Al you’d start to see signs of his kindness and the warmth of his heart. Many of you with the Used Truck Association know this AL.

My first dealings with Al were an event to say the least. It was about a month into my career at Arrow and a customer had  mailed (yes mailed, we didn’t have digital photos yet) it was of a Mack dump truck and my mentor Jeff Bloss thought it would be a learning experience to for me to go see Al for advice. As I walked into Al office he was on the phone making a deal. I was standing there and notice the stacks of photos on his desk and I started to pick at them looking at the different models when suddenly Al using the phone handset as a weapon of mass destruction he struck at my hand, it was only my cat like reflexes that save me for broken digits! Al just put the phone back to his ear and continue on with his call, yet glaring at me all the while. I turned to hightail it back upstairs to the safety on my office when to my surprise I calmly took a seat in front of Al and waited until he got off the phone. As he hung up and still giving me the death stare he said “Don’t ever touch anything on my desk” okay his words may have been a bit more colorful than that.  It was at this moment that you could see the change in him eye’s and the tone of has voice as he asked me, ”Now what can I do for you” after we discussed the Mack dump and he gave me his opinion he told me to come to him whenever I needed advice on trucks.

Although I was given a quick peak at Al’s kindness during that first encounter I was not prepared for what came next. It was about a month later when I was involved in a car accident in front of our office and my car was totaled. The day I returned to work Al asked me if I had a ride home and offered me a ride. Al had driven his 944 into work that day and as we were driving home he took me to his house and once there he got out and told me to use the Porsche until I got a replacement car, this was the true Al not the Al I was told about.

Al has been a sponsor of my American Royal BBQ team, and when I announced to the world about my Parkinson’s and Moving Day fundraising, he was one of the first in line. Al always made a point to stop by my office when he was at Arrow for business or if we were at an UTA event he would seek me out to see how I was doing. Al’s passions were his family, his friends, his racing and the UTA. 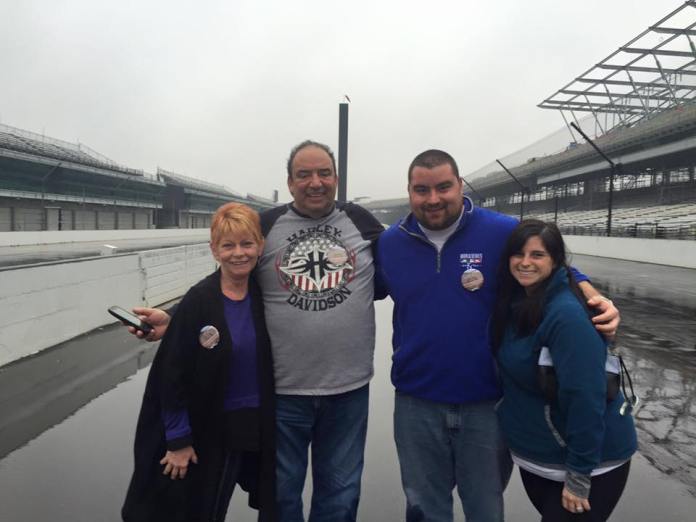 I last spoke to Al about a week ago, and although you could tell we was getting weak by his voice the first thing he did was ask how I was doing and that he would not forget about my Parkinson’s Moving Day, I was deeply touched that in his times of need he was still thinking of others.

5 thoughts on “My Friend AL”